Somewhere for the annoying and/or off-topic threads to go. Feel free to post about whatever, but abuse will still be dealt with, and possibly with more force. Especially pac-porno.

1.
yes, it is a manufactured image of the real earth, but with trickery.
2. it is not fake. i see what you are saying, but it is very unclear, from the blurring. but, i would have to say it looks the same size because the camera is still in the same position, looking through the same window. they just removed the blacking out, revealing the astronaught lied about camera position. i'm trying to prove that the astronaught lied. because he did. i don't know why you can't hear it for yourself. it's not something i made up because i am a lunatic, it is on the video clip.
3. yes. if camera trickery is involved, how can you trust it at all? if they could reach the position, they would have just taken the shot naturally, not using PROPS. As far as i've seen, they never blacked out the cabin for anything else. the inside of the cabin was made to look like deep space. then the camera pans out, and you see a light on the wall. it's almost black comedy. like a monty python sketch!!!
3b. ?
4. ?
5. ok!
6. time delay is tricky, regardless of equations. i recently witnessed a time delay lag on live tv between the uk and a far away country, the lag was about 2 seconds, via satellite. that is earth to earth. satellite is in earth's orbit. the distance it takes for the signal to even reach where you would call a "space vacuum" is further. so? !!
i would much more believe a modern picture of moon litter than any old shaky purposely low res video filmed off a screen for public viewing. Please don't assume things of me. i would prefer to be proved wrong and pipe down, but i have questions!!
i have seen the ones released by nasa a few montha ago. they show absolutely nothing. the old shaky video's had alot more to offer, unfortunately!
Send a link of one you have seen. i have seen no others.
cheers!!

kernzy wrote:1.
yes, it is a manufactured image of the real earth, but with trickery.
2. it is not fake.

If it's not fake that completely demolishes all claims the "documentary" has... There's no reason to fake it then; they are not in "Earth low orbit".


i'm trying to prove that the astronaught lied.

Saying that camera fills the whole window at that particular moment of filming is not lying. Nobody said that they couldn't move the camera later on.


3. yes. if camera trickery is involved, how can you trust it at all?

The only camera trickery is from the makers of "documentary". There's no need to film "through a hole" if you can film the whole Earth as seen in pic 2.


if they could reach the position, they would have just taken the shot naturally, not using PROPS.

They did not use props. The documentary is lying to you, using two different clips as one. After all they don't have a documentary without conspiracy.


As far as i've seen, they never blacked out the cabin for anything else. the inside of the cabin was made to look like deep space.

That's just silly. You can see the dimmed out ceiling light during the clip. Of course they dim out the lights for better pictures.


then the camera pans out, and you see a light on the wall.

What you don't understand is that this "documentary" uses two different clips and claims them as one; one taken about "small Earth" and the other when they put lights on.

What would be the point of creating image "through a hole" that doesn't look at all like Earth, is not the same colour as the Earth outside (pic 2)... and is even damn too small to be Earth from half-way to the Moon.

They had to go to space to fake THAT???

Enlargement from pic 3... aka "small Earth".

This program is hilariously ridiculous with it's claims; dishonest, illogical and absurd. Are you trolling me?


it's almost black comedy. like a monty python sketch!!!

The only thing comedic with it is that someone is taking this amateurish "documentary" seriously.

"Through a hole"? Seriously? That's the NASA master plan of faking it? 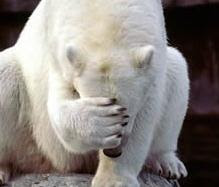 i would much more believe a modern picture of moon litter than any old shaky purposely low res video filmed off a screen for public viewing.

I have already linked couple HD clips on youtube.

...Start with moon rocks that are 200 million years older than any rocks on Earth and work your way through to satellite images and Japanese 3D modeling, reflectors, Russian radars and captured radio traffic from Moon etc.

Of course it's impossible to prove that all above is not done by unmanned lunar equipment... if you don't conveniently believe in videos. But such conspiracy would be much harder than actually putting men out there.
Top

Re: Obama or Romney?

kernzy wrote:then the hubble, incapable of viewing the moon surface. what about the inbetween bit? so no telescope can view the lunar surface, but, on the other hand can take this deep field image?

Can Hubble see the Apollo landing sites on the Moon?
No, Hubble cannot take photos of the Apollo landing sites.
An object on the Moon 4 meters (4.37 yards) across, viewed from HST, would be about 0.002 arcsec in size. The highest resolution instrument currently on HST is the Advanced Camera for Surveys at 0.03 arcsec. So anything we left on the Moon cannot be resolved in any HST image. It would just appear as a dot.
http://hubblesite.org/reference_desk/fa ... cat=topten


Are the colors in Hubble images real?
There are no "natural color" cameras aboard the Hubble and never have been. The optical cameras on board have all been digital CCD cameras, which take images as grayscale pixels.
Sometimes the color is as natural as possible. However, the color given to the images is not just "artistic embellishment." The images are, indeed, downloaded as black and white, and color is added for a number of different reasons
http://hubblesite.org/reference_desk/fa ... bbleimages

do you guys suppose that the flag and footprints are fake?
maybe the hubble telescope could provide the answers?

Nope tar...as I quoted above: Hubble telescope can not see that small objects. I reckon for the same reason as you can't use binoculars to read a book...

And here you can compare Apollo 11 landing site vs LRO image:
http://lroc.sese.asu.edu/news/?archives ... -look.html

Ok Kernzy... I found an elegant proof from another site. If this is not going to convince you that pic 1 is not taken from Earth low orbit - then I don't know what is!

First my screenshot about the image that you (and documentary) claim is fake:

For comparison side to side...same pic + one with better resolution, latter taken by astronaut's camera. Notice that cloud patterns are the same so it's the same pic from the clip. Also around in the sky on July 16th was weather satellite ESSA:
http://science.nasa.gov/missions/essa/

ESSA very kindly took a photo of Hurricane Bernice, off the coast of Central America on July 16, which by then had turned into a Tropical depression:

If you zoom into the Apollo 11 photo and overlay the storm onto it you get this: Voila. The clip is real, not from "Earth low orbit".
Top

cheers for all that. very interesting stuff. that hi res picture is really cool. i'm sure i remember the hasselblad was not that good a camera...! i was always trying to make out the countries in the shot. this looks pretty clear. but i do not admit it as concrete, as the hassleblad through an atmosphere swept windscreen should not be so perfect. but is admissable, nontheless.
that was the point i was making about telescopes. how comes we can see closer than moon images, and way beyond moon distance images,, but no moon distance images? seems extremely odd. if a satellite in earth's orbit can take detailed pictures of small objects on earth, why can't one do the same on the moon? they would be even better, with no atmosphere to fight through. there have been a couple of unmanned missions since apollo. a perfect opportunity to use earth satellite technology for a moon orbiter to take detailed close up shots of the special places. we have seen closer up shots of MARS than we have of the moon. does not compute.
i'm sure the "2 different clips" you mention are from the same film, but just to save time it is cut, so we don't have to watch the same image for 10 minutes before the next "meaty point". all that happened is they cut to the chase, but did not show the "zoom" section. unfortunately, that opens the door for criticism.

it is obvious that this is becoming a stalemate situation, and risks becoming a battle of wits rather than a healthy debate.
quite alot of your answers are deflective, rather than a direct answer. but your answers are very descriptive and good, and is interesting for me. (remember, i am on the fence, not a total moon landing denier, and is funny to see you try to label me!!), so peoples opinions are important. obviously i am not doing any real research into my descriptions, it's all off the top of my head. i have not spoke about this for a few years, and it's cool to ressurrect it with a new bunch, as there are more opinions to judge with. and, alot of humour which is equal to both sides.

"until you ask questions from your adversaries, you will never find the real path."

as i said before, the lunar landing new photo's don't actually show anything at all. if those shot's could be zoomed in on a bit, maybe we could see something actually resembling what we know we should see on the moon. bringing me back to my telescope query. in this day and age, where we can see atoms and electrons with an electro microscope, and the end of the universe with the hubble telescope, why can't we see the inbetween parts? it makes no sense. it's like going from black and white straight to 3d, with no evolution inbetween. seems very peculiar. knowwaddamean?
even though this avenue may be exhausted, and we, like you said earlier, may have to agree to dissagree, i would like to ask you opinion on something else if you don't mind. the amount of research you have done is great, so i doubt you will not reciprocate!! this has been an interesting thread, whichever side you are on, and is quite fun, also. i have not even thought about what to ask next, but i should let you ask this time? maybe keep it moon related at least? lol!! maybe something else you tried to de-bunk before?
it's cool to lock horns online once in a while, it expands the conscience. your call, bud!
whatever you decide, thanks for your input.

it has been good.
cheers!
paul.

Return to “The Pit”