Does anyone else remember playing an arcade game called Battle Beyond the Stars?

It was probably loosely based on the movie of the same name as it had a button for the Stellar Converter, as well as a mega-blaster button and a standard fire button. I remember playing it a few times, but I only ever saw it briefly in one arcade game establishment at the New Brighton Mall here in Christchurch. It may well have been a prototype game that never saw large or general world wide release, especially if it did poorly during test placement. I think I only saw it during that one visit as it was gone the next time I went to look for the game. I do remember it was quite a fun game to play, and quite different to the other games available at that time. It was definitely a shoot-em-up style of game but that's about the limit of my memory.

Why would they drag the game all the way to downunder for prototype test?

In any case I just wanted to say that it can't be much worse than the movie which was pretty terrible Star Wars ripoff (despite cool promo poster)... 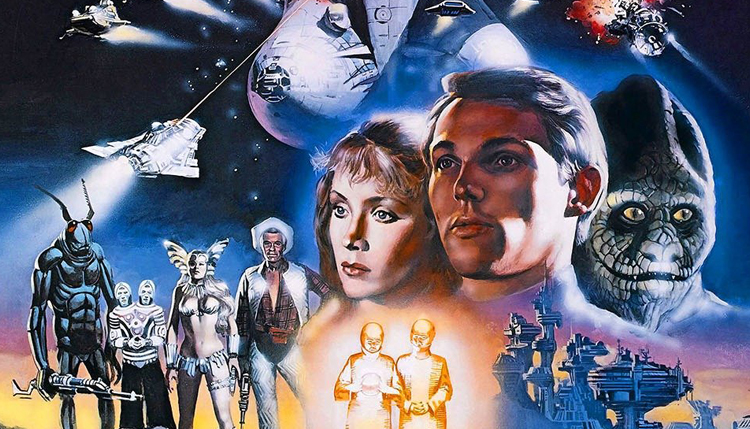 Wikipedia says they used footage from the film for Laser Disc game Astron Belt, but that's no shmup.
Top

I believe someone like Taito had an office here in Christchurch, NZ in the arcade 'hey-days', so it may well have been a one-off prototype created here and play tested here, before being sent anywhere else. Or maybe it was one of the other local arcade game manufacturers testing a prototype.

Seems likely given that it doesn't appear to be mentioned anywhere else.